“Radio” is the first single from the album of the same name by the Elam McKnight Band. It seethes with the universal theme of long, lost love gone unrequited and with the soulful care of something done in the Muscle Shoals or Stax era, when soul from the South reigned supreme. It is a sound McKnight likes to term “Country Soul.”

Elam McKnight Band is three years in the making. Elam McKnight had settled into his regional environs of West Tennessee and set up shop after over 12 years of recording and touring nationally and internationally. Using the hub near Memphis he constructed his own Magic Lantern Studio, and aligned himself with management, a publicist, and a booking agent. But he was missing one thing he had the luxury of in Nashville: a band. “I am in a great place personally and artistically but I needed a unit to solidify the sound I was reaching for and I wanted West Tennessee boys to help me get it” says McKnight.

Enter a 62 year old Blues Man with over 45 years of experience playing juke joints and roadhouses all across the region and a rock n roll drummer with a love of 70’s Rock and Blues. After a lifetime of playing the real-deal blues in and around his native stomping grounds of Henderson, Tennessee, Dudley Harris is ready to be heard as bassist, vocalist, and sometimes guitar player for the Elam McKnight Band. He still remembers the inklings of the first sounds he hears “That old juke joint not too far from my house … man, I could hear those bands and hear the bass and the drums coming out of there when I was a little kid and that just struck me. Right then I knew that’s what I wanted to do. And now I’ve been playing them on and off pretty much my whole life.”

Joining Harris, to fill out the Elam McKnight Band rhythm section, is Jackson native and resident Rock n Roller Eddie Phillips. Steeped in the music of the West Tennessee region Phillips also has the distinction of being Carl Perkin’s mail man and playing with him and his sons. “Carl used to teach me so much, not only about music, but he was always so supportive and quick with wise advice about the industry and life in general. He was always filled with such kindness and humility. I was blessed living in a small town with him being a part of my life.”

Elam McKnight is a singer/songwriter from West Tennessee. He is an artist firmly based in the roots of his region. McKnight was surrounded by country, blues, rockabilly, and southern gospel. 70’s rock also dominated the radio airwaves. With family in Memphis he was directly exposed to the Blues in his early teens and immediately made the connection of how all the music of his region was joined. He was later shocked to learn that many early, Blues luminaries, Sleepy John Estes, Sonny Boy Williams, had lived 30 minutes from his house. “I come from what many would term America’s Musical Crossroads so to speak. The Blues guys from my area predate many of the ones people call the originators. Music is just everywhere. “ “I used to go down there with my uncle, when I was probably too young to be going down there to begin with, and there would be this old guy, Alabama Red, playing the low down stuff in the gazebo that used to sit at the beginning of Beale. I was hooked immediately. The rest of them would want to go shoot pool or look around and I would say ‘nah you guys go ahead I am gonna sit here a while and listen to Alabama.’” He scared me right off, which I have learned is a sure sign something is good musically, and he’d say “you wanna play this I can tell.” Picking up a guitar at 14 he started, in earnest, to make his own version of these sounds which reverberated in his head and chased him in his dreams. "I would wake up every morning with some song stuck in my head. Still do."

McKnight’s solo debut, 2003’s Braid My Hair, was hailed by critics as a breath of fresh air in the sometimes-stale climate that is predictable “bar band” blues, while his second album, 2005’s The Last Country Store, found a spot on many blues charts internationally and in America. McKnight’s 2007’s Supa Good earned notoriety when the opening track, “Devil Minded Woman,” was voted by fans as the Best Blues Song in the Musician's Atlas sponsored 7th Annual Independent Music Awards. In 2011 McKnight released Zombie Nation with Universal Music Group and his newest musical partner Bob Bogdal. The album featured the exceptional musicianship of Grammy award winning Tom Hambridge. Zombie Nation received immediate critical acclaim for its hell bent insistence and feet planted deeply in a blues groove all the while testing the genre's limits. The album topped many year-end "best of” charts and received radio airplay worldwide. McKnight has toured the US and Europe.

Elam McKnight is a singer/songwriter from West Tennessee. He is an artist firmly based in the roots of his region (Blues, Rock, and Country). McKnight’s solo debut, 2003’s Braid My Hair, was hailed by critics as a breath of fresh air in the sometimes-stale climate that is predictable “bar band” blues, while his second album, 2005’s The Last Country Store, found a spot on many blues charts internationally and in America. McKnight’s 2007’s Supa Good earned notoriety when the opening track, “Devil Minded Woman,” was voted by fans as the Best Blues Song in the Musician's Atlas sponsored 7th Annual Independent Music Awards.

McKnight is currently working on his 5th studio album on his own Big Black Hand imprint which will stretch out further and delve into a more rock vein and is preparing a Live release entitled Live from the Thief River from McKnight's recent live show opening for Jonny Lang at the 2013 Last Ride Blues Festival. McKnight has also put the finishing touches on his own studio, Magic Lantern Studios, which will allow him the flexibility to make more releases directly to his fan base and the world at large.

They’ve made quite a name for themselves as individual musicians, but now Elam McKnight and Bob Bogdal have teamed up to release Zombie Nation, a debut album that melds the rural Mississippi blues of the Delta with the hard-charging electric style of the Hill Country. “They say the first step in a journey is the most important, and that’s the approach we’re taking with this album,” says McKnight. “As a songwriter, you are constantly creating material. I have all kinds of songs that, before, I might not have felt they fit the direction I was going. But now, their time has come to be heard.”

Both McKnight and Bogdal bring impressive credentials to their partnership. McKnight’s solo debut, 2003’s Braid My Hair, was hailed by critics as a breath of fresh air in the sometimes-stale climate that is predictable “bar band” blues, while his second album, 2005’s The Last Country Store, found a spot on many blues charts internationally and in America. McKnight’s most recent release, 2007’s Supa Good, earned notoriety when the opening track, “Devil Minded Woman,” was voted by fans as the Best Blues Song in the Musician's Atlas sponsored 7th Annual Independent Music Awards. Bogdal, meanwhile, boasts 20 years of Blues expertise and harmonica playing. His haunting 2005 debut, Underneath the Kudzu, serves as a reflection of his personal vision into the mystery of the Delta, and he’s currently recording his next album, Shadow of a Darkened Moon. “It is a joy to have someone who wants to make a go at something as a unit, talk things out, bump heads, come to agreements, and hit it until what you wanted to get accomplished is accomplished,” McKnight says. “We are both driven in that way and I am fortunate to have someone who is not scared of rolling his shirt sleeves up and putting in the sweat equity.”

The more stripped-down sound of Zombie Nation marks a departure of sorts for McKnight, which is just fine by him. “The sounds we have on this one are very warm and strong,” he says. “While Supa Good was not totally lo-fi, Zombie Nation is as far from it as you can get sonically.” McKnight and Bogdal hope their hard work and distinctive sound allows them to shed any restrictive labels and therefore introduce their music to a broader audience. “I am a songwriter first and I hope to get my music out there to as many people as possible,” he says. “We are both really proud of this work and look at it as one of many to come.” 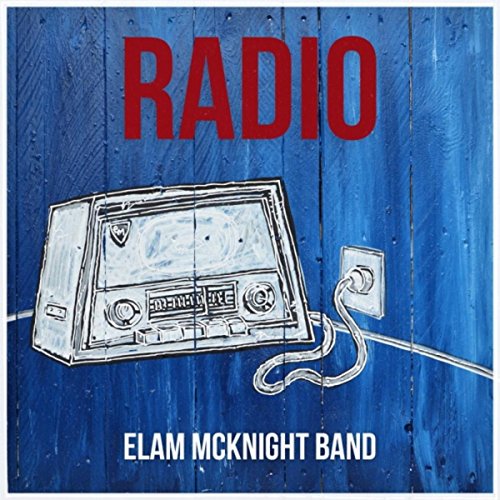